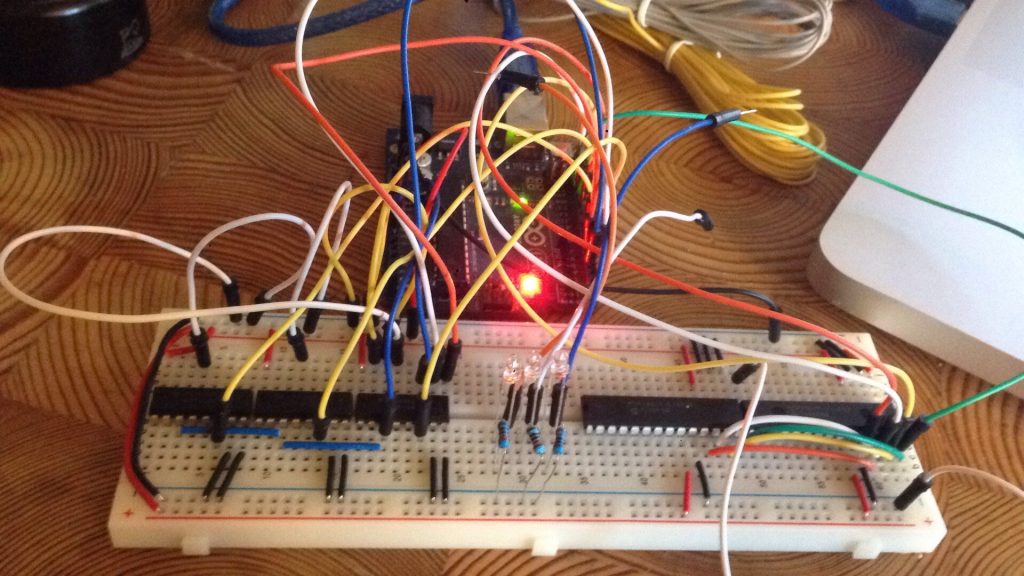 The Control Surface is a Standard MIDI Interface compliant unit, built to interface with a MAX MSP patch on a host computer. The Control Surface has about 40 faders, knobs, switches, touch controls and a status LED that is controlled from within MAX MSP. 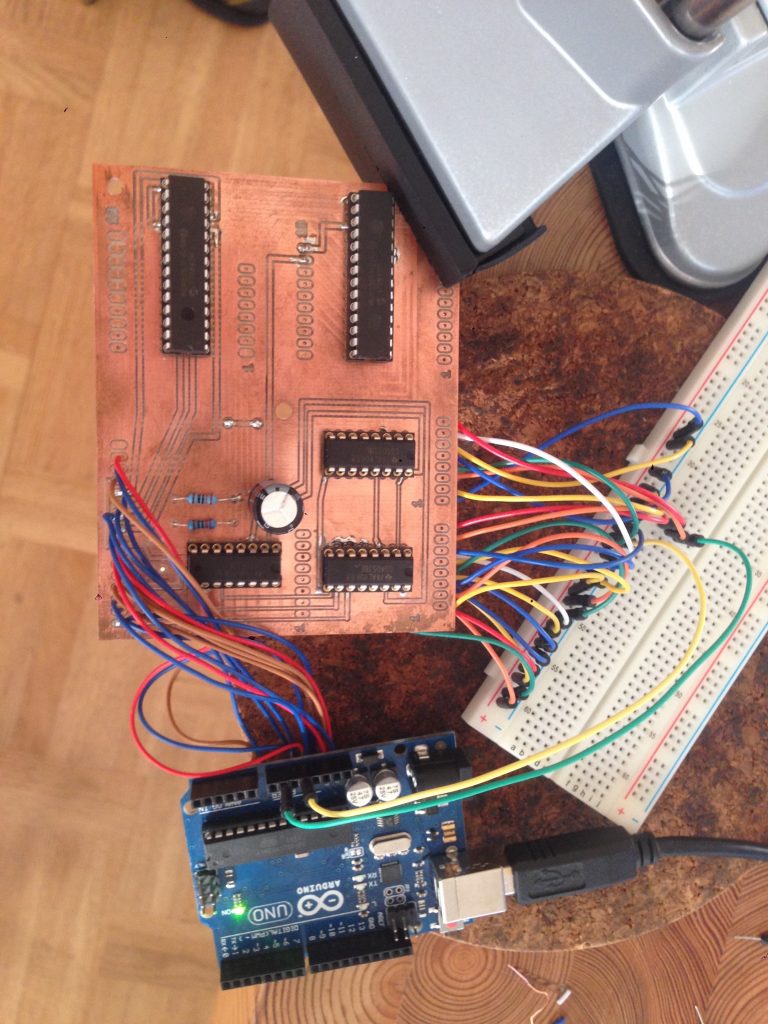 This is testing MUXes and SPI port expansions on a CNC-made prototype PCB. MIDI on the Arduino Uno was only implemented as “MIDI over USB”, since it was not to be connected directly to other MIDI-capable instruments, only to a computer running host software. 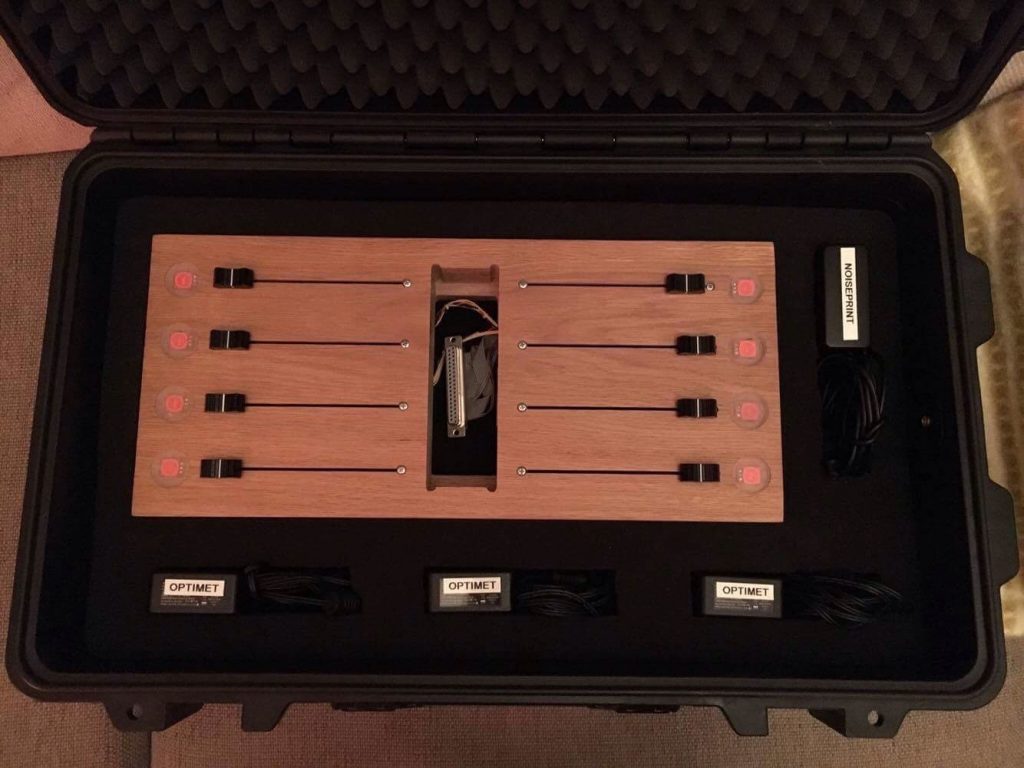 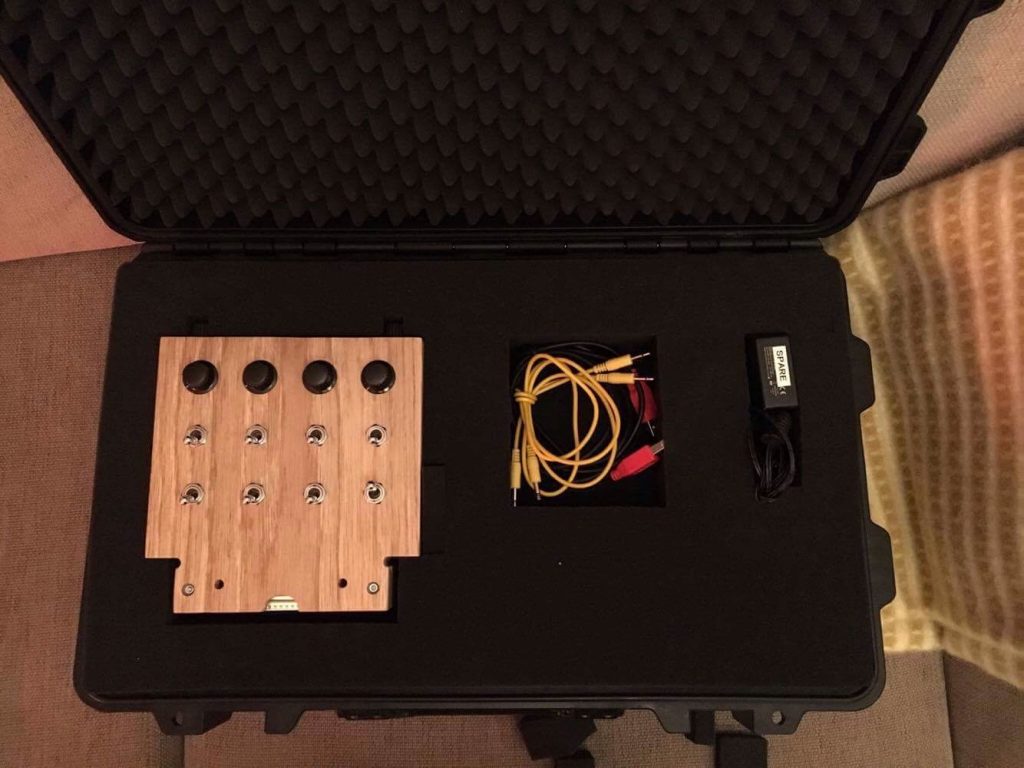