This drum machine from 1981 is a close relative of Roland CR-78 and TR-808. It has a couple shortcomings, such as no user editable sounds, a Snare Drum with a lot of tone (what is called “Snappy” on 808) but a lack of noise / high frequency content. It sounds more like a tom. Also the Hand Clap is low volume, at least on this specimen.

The BD and Clap modifications are taken directly from gumielectronic. The exact changes with component values are listed further down in this article.

When servicing or modifing synths I try to conform to Hippocrates’ oath for medical doctors: “First, do no harm”. So I made a break-out box, instead of drilling holes in the CR-8000 exterior. Also I left the original parts in place on the PCB where possible, should someone want to reverse this mod in the future. 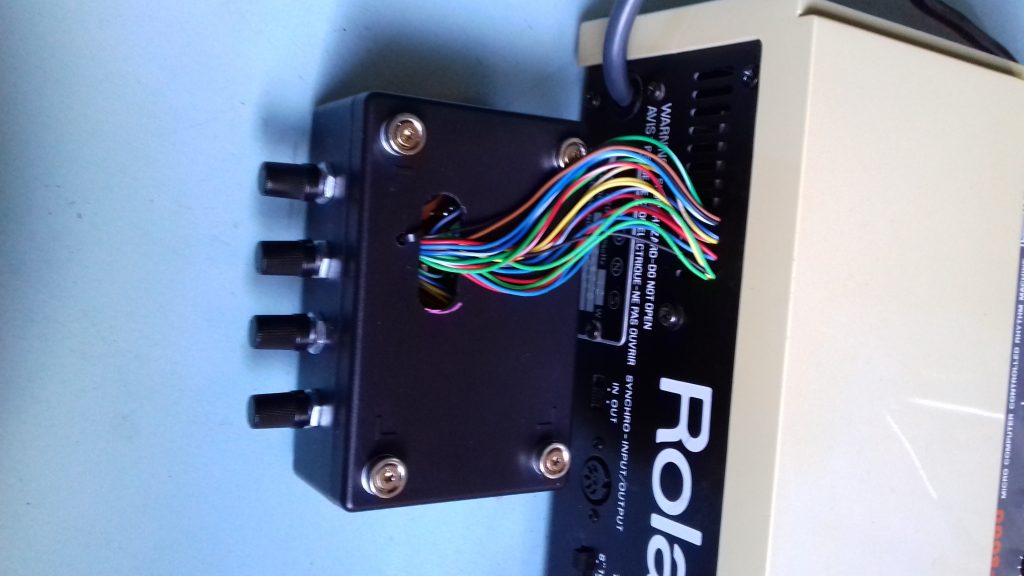 The break-out box sticks to the metal back plate of  the CR-8000 with neodyme magnets. The wires are routed through existing vent holes in the back. 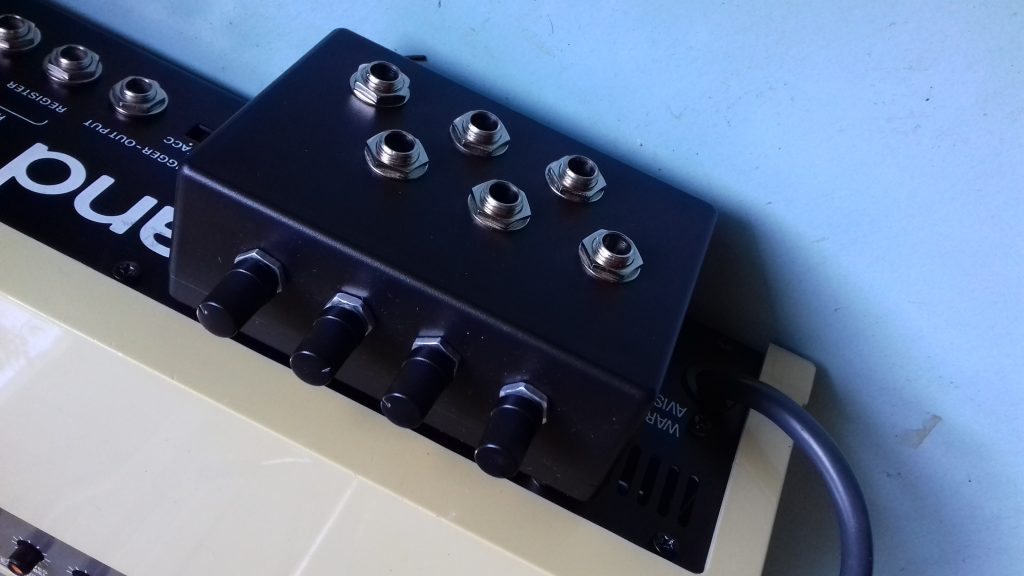 The following list is an excerpt from gumielectronics’ extensive CR-8000 modifications. The red markings are the ones I chose to use (since there was limited space on the break-out box) along with my component selections. The Snare Drum are my own changes, as some of gumielectronics’ suggested changes didn’t make that much difference. C47 is Snappy Pitch, the changes after Q7 is the SD Noise portion boost.

Here are a couple of images of the PCB and break-out box internals: 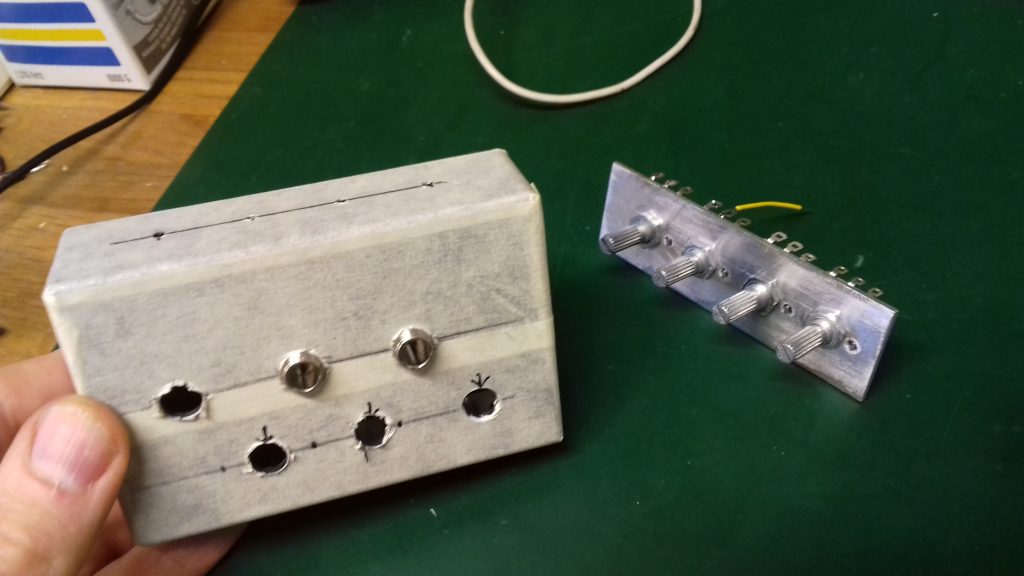 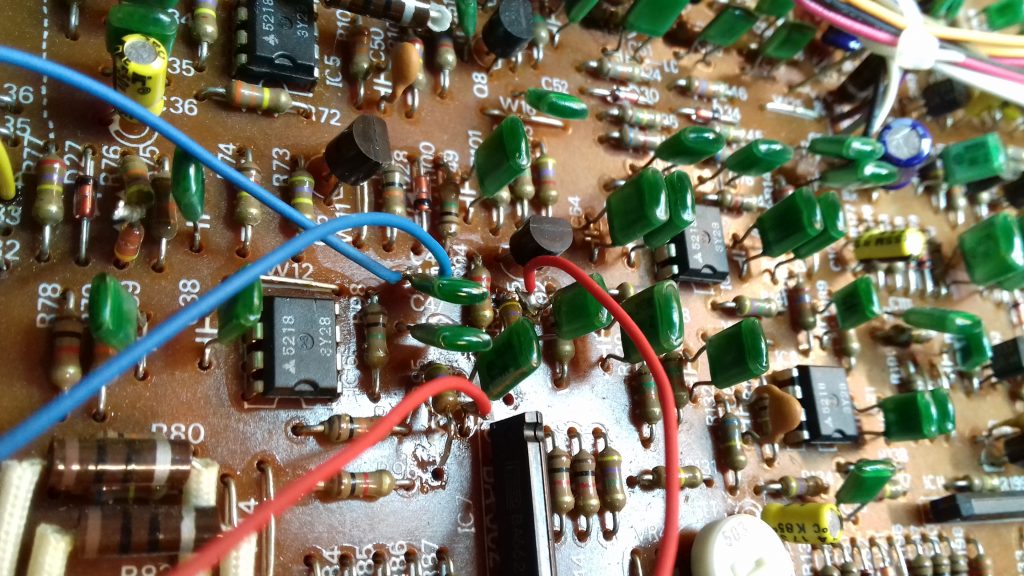 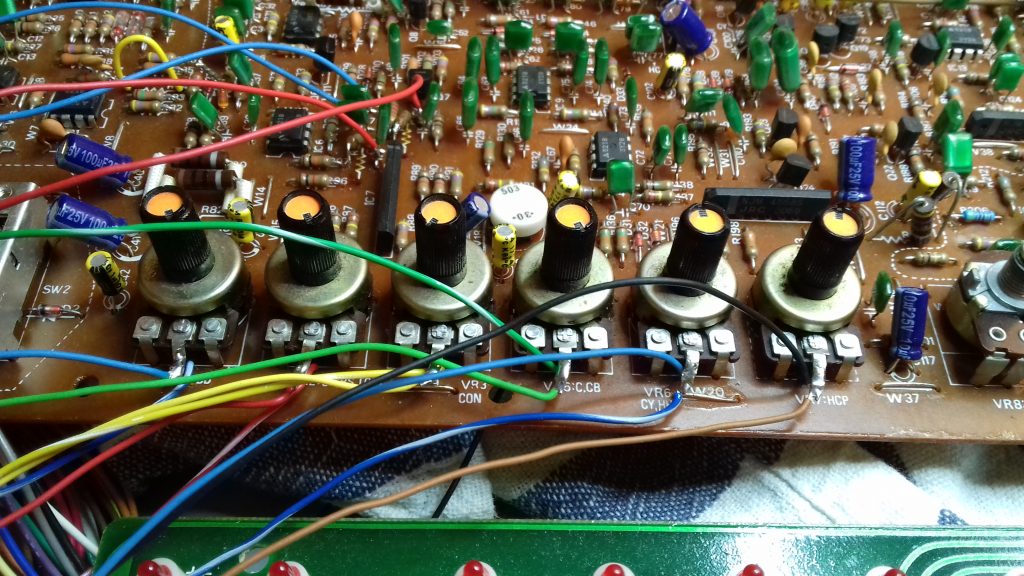 Tidying up a bit: 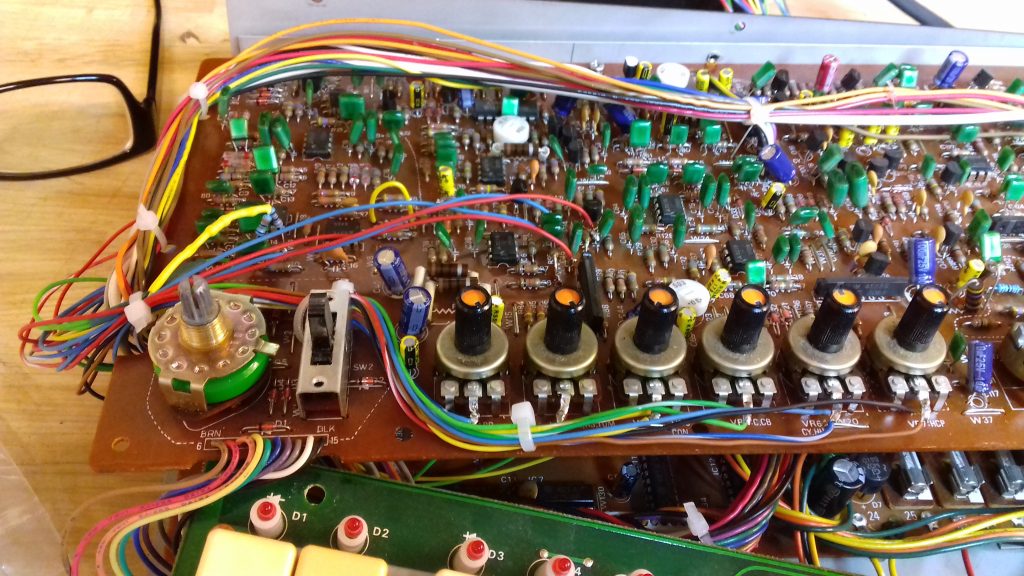 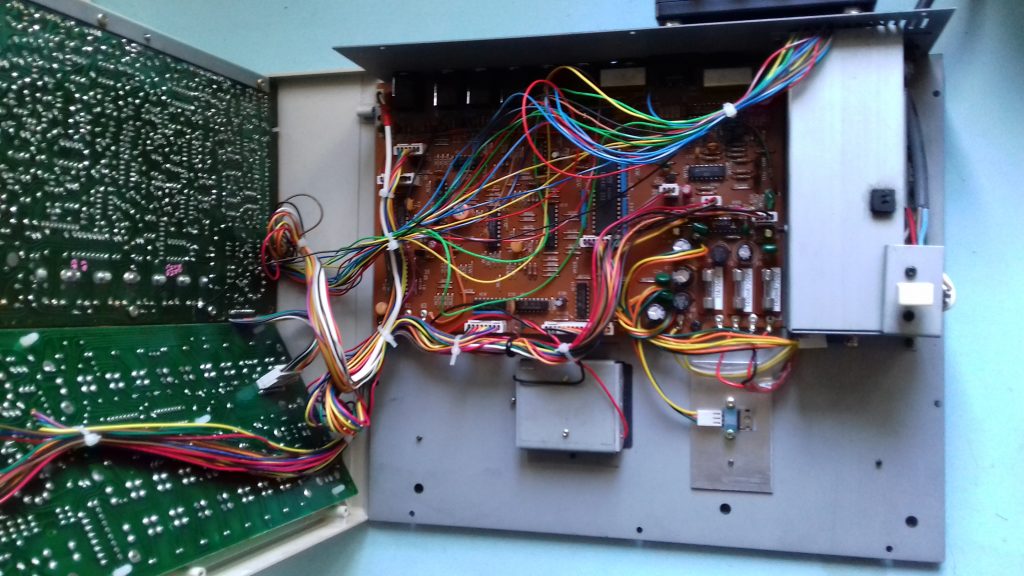 Individual Outputs: The CR-8000 was not designed to have separate outs to begin with. Some things are not possible to do the way you’d want because of this. The Clap for example, is lower at the individual output than it is in the main mix. (Just mix it up a bit with the knob, or on your mixer). Also the accent effects are not applied to the individual outs, so in some cases the Main out instruments will sound beefier than the indy versions. This is often not a problem, since you can either do a lot to beef the sound up on an individual mixer strip, or you can leave that particular instrument on the main mix out and direct everything else to individual outputs.

BD Decay: The Bass Drum will not have the oomph of the TR-808, maybe because of a shorter trig pulse or some other volume envelope characteristic that might be different.

I believe the changes described here are a significant improvement to the CR-8000.